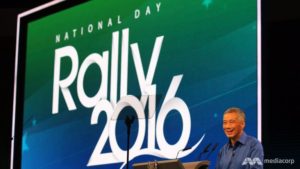 So, if you missed the National Day Rally 2016, fret not! Heartland Boy has encapsulated it into 3 ‘Ds’ as an easy summary for you to remember!

Disruption To Our Economy Is Here To Stay

Perhaps the only certainty in our economy is that ‘Disruption’ is here to stay. Prime Minister Lee cited the examples of Uber and Grab as disruptive technologies. These new entrants challenged the conventional way that commuters use public transport. Indeed, they massively moderated the behavior of Heartland Boy and his colleagues. Being the youngest amongst the group of expatriates in his company, Heartland Boy shared with his colleagues on how he saves about $7 per trip by taking Uber instead of a taxi from the airport. Since Heartland Boy makes about an average of 6 trips per month, this translates to a massive $42 per month!

Initially, some of his colleagues were hesitant and uncomfortable about switching to Uber. Doubts such as using the application and communicating with the driver etc crept in. However, after Heartland Boy demonstrated how user-friendly this entire process was, his colleagues gradually made the switch. Now, they count themselves as proud members of a “cool” disruptive technology.

Divine Discontent Amongst the Populace

Because disruption has now become an inherent fixture in today’s economy, it is no longer sufficient to be just conscious of it. As Prime Minister Lee put it succinctly,

“What I would like is that we be blessed with divine discontent- always dissatisfied with where we are, always driven to do better. And yet, that we have the wisdom to count our blessings.” 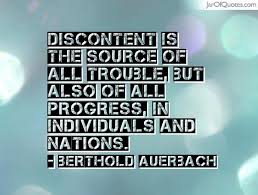 This was extracted from his National Day Rally transcript. For Heartland Boy this remains the highlight of his entire speech. It has now become essential to be perpetually discontented with the status quo, so that one constantly seeks to improve and upgrade oneself.  Singaporeans will be glad to know that there is a structured programme put in place for them to channel their discontent to good use. SkillsFuture will plant the seed of lifelong learning and enable employees to adapt dynamically to disruptions in the economy. There are over a thousand courses approved by SkillsFuture which allow eligible Singaporeans to utilize $500 worth of SkillsFuture Credit to pay for approved courses.

A good example of divine discontent would be the “course-hungry, always upgrading” Heartland Girl.  3 years after her graduation, she had managed to enroll herself into a Master of Arts (Counselling and Guidance), became a Certified Holistic Nutritionist, attended art therapy and yoga classes, and also completed multiple courses on Udemy spanning expansive and diverse areas such as website development, photography etc. It wouldn’t have come as a surprise if Prime Minister makes her a shining example in the next National Day Rally.

Determination Of Our Leader

While this was not explicitly expressed in Prime Minister Lee’s message, it was a takeaway gleaned from his “fainting” incident. For those who missed that heart-stopping moment where Prime Minister Lee had to take ill during the middle of the National Day Rally, you can watch it here.

After the Prime Minister Lee had his short rest, he wanted to continue and deliver the rest of his message. (Of course, he was given the green light by the doctors on duty to do so.)  Heartland Boy was really touched by this gesture. It really would have been totally comprehensible if he had chosen to re-schedule the rally. However, Prime Minister Lee was determined and insisted on completing his duty. Such was his fighting spirit and leadership that it can only inspire Singaporeans to remain divinely discontented, so that there can be many more disruptions to the economy.